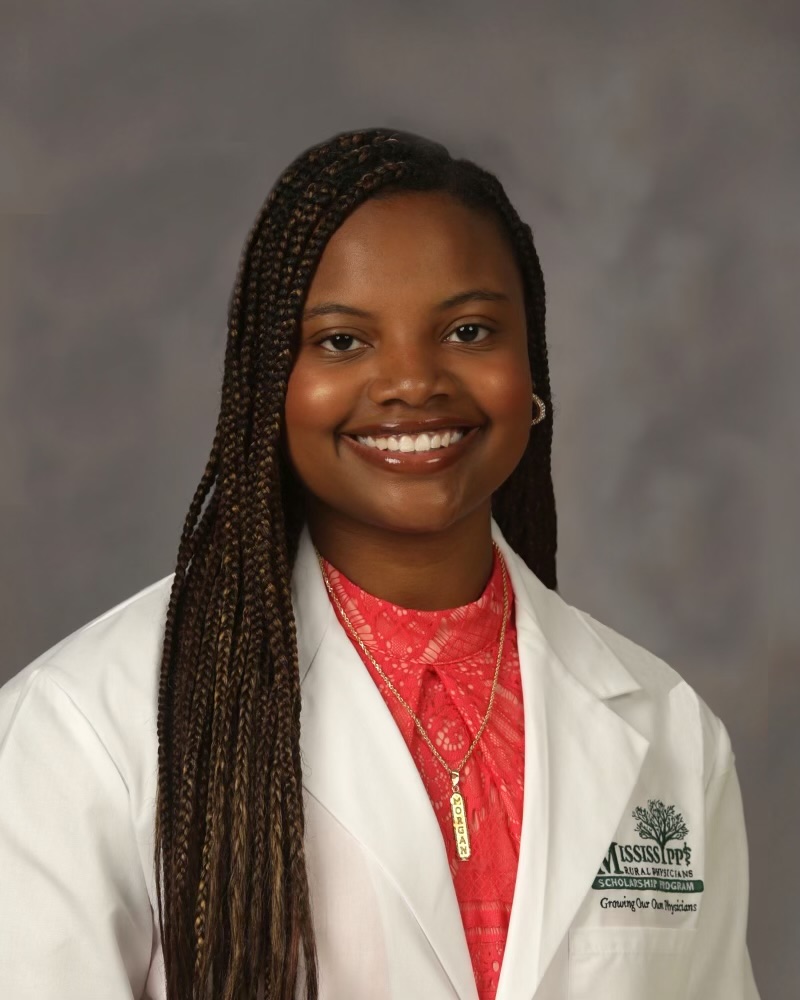 o-Lin graduates Morgan McCray of Ridgeland and Bailey Wilson of Brookhaven have earned a full scholarship for medical school through the Mississippi Rural Physicians Scholarship Program (MRPSP). The MRPSP is a competitive scholarship program for outstanding Mississippi students committed to pursuing rural medicine and primary care. Once admitted into medical school, McCrary and Wilson will have all four years paid for through the MRPSP, a scholarship of $35,000 per year.

“To say we are proud of Morgan and Bailey is quite an understatement,” said Co-Lin President Dr. Jane Hulon Sims. “They made the most of their time at Co-Lin by dedicating themselves to academic and scholastic excellence, and their hard work has paid off. We feel honored that Co-Lin has played an important role in their success and look forward to watching them thrive as physicians.”

Morgan McCray graduated from Co-Lin in 2021 and is a rising senior at The University of Mississippi. She plans to go into pediatrics. While at Co-Lin, she was a stand-out student-athlete. She served as Student Government Association President and Vice President of Service for Phi T

heta Kappa. She was selected as Miss Co-Lin, Who’s Who, and Phi Theta Kappa Officer of the Year. McCray was a member of the Lady Wolves Basketball team and was selected MACCC Academic All-State and NJCAA All-Academic. She was also selected to the PTK All-Mississippi Academic First Team and was inducted into the college’s Hall of Fame; the most prestigious honor bestowed on a student.

McCray says her time at Co-Lin showed her the impact that a close-knit community can have.

“Opting to play college basketball at Co-Lin allowed me to experience first-hand the positive impact of a small environment. Being surrounded by people who truly care for one another for two years, Wesson became my home away from home,” said McCray. “With my passion for science and caring for people, I saw how in small towns such as Wesson, I could build impactful relationships that truly resemble a family while impacting the health of the community. Co-Lin was a pivotal moment in my life when deciding to pursue rural medicine.”

“Choosing Co-Lin was one of the best decisions I have ever made. The knowledge, opportunities, and the relationships that I have gained are continuing to impact my life in a positive way,” McCray continued. “The most important thing that Co-Lin provided me was confidence that if I can maximize my opportunities, dedicate my mind to my craft, and cultivate relationships, then there is no limit on the impact I can make in this world.”

McCray shares that growing up, she was never treated by an African American physician. She says she has made it her goal to show other young people that look like her that they too are capable.

“I have continued to strive for academic excellence, and over the years, developed a never quit mentality,” McCray said. “The journey to becoming a doctor will continue to be challenging, but it is one that I am up for!”

Bailey Wilson graduated from Co-Lin in May 2022 and is now headed to Mississippi State University to complete her bachelor’s degree. During her time at Co-Lin, she served as Vice President of the Student Government Association, Vice President of Communications for Phi Theta Kappa, and was a member of the Biomedical Research Team. She was selected to Who’s Who at Co-Lin, as a Campus Favorite, and a Taylor Presidential Scholar. Wilson was also inducted to the college’s Hall of Fame.

Wilson has been accepted into MRPSP’s Early Assurance process. The Early Assurance process allows well-qualified sophomore applicants who have had successful interviews with the practicing physicians on the MRPSP Board to interview with the Admissions Committee. If the admissions committee sees the potential for the applicant to grow into a competent, competitive medical student, they are granted Early Assurance status. This means the student must maintain their grades during the junior and senior years, score well on the MCAT and actively participate in all MRPSP activities.

“I have said I wanted to be a doctor ever since I was a little girl. Growing up, I would go with my grandfather to his doctor’s appointments every chance I had,” said Wilson. “I loved being around the hospital setting and seeing how amazing his doctors were made me want to be that person that could help a patient and their family.”

Wilson credits her time at Co-Lin for helping prepare her for an opportunity like this.

“Going to Co-Lin was the best decision I could have made for myself,” remarked Wilson. “I was able to form connections with my teachers while being pushed academically at the same time. I did not have a single bad experience with any of my instructors. I can’t say enough good things about my time at Co-Lin.”

But it was the individual support of special instructors and Co-Lin staff that stick with Wilson the most.

“I want to especially thank Dr. Kevin McKone, Mrs. Lucy McKone, Mrs. Mary Warren, Mrs. Angela Smith, Mrs. Cliburn, and Dr. Price,” said Wilson. “Also, Amy Case and Jordan Stephens for their continuous support. They all helped me so much not only in school but also through the application process for the Rural Physicians Scholarship. They always reminded me that they were there to help me reach my full potential whenever I needed them.”