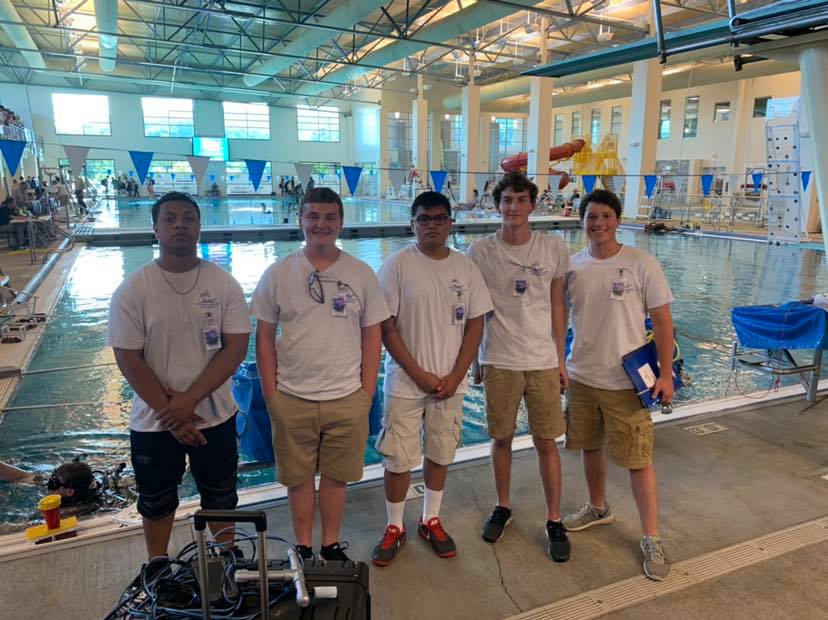 The competition welcomed colleges and universities from around the world to showcase their skills and abilities. The Seawolves ranked above schools such as The University of Rhode Island, University of California Santa Cruz, and Long Beach City College. First place was claimed by Hong Kong University’s EPOXSEA team.

“I was very proud of how our team did this year,” said McKone. “We were able to beat engineering schools like Purdue, and all other community colleges in the competition.”

Like every year, the Seawolves faced obstacles throughout the year.

“Our lead designer left in the middle of the year, but the team finished the design and received numerous compliments from industry engineers on the robot design,” said McKone. “Oceaneering took interest in hiring our students, which is always extremely exciting.”

The team is grateful for the support of Georgia Pacific Monticello, Brookhaven Country Club, the MATE organization, and Copiah-Lincoln Community College. For more information about the Seawolves contact Dr. Kevin McKone at kevin.mckone@colin.edu.