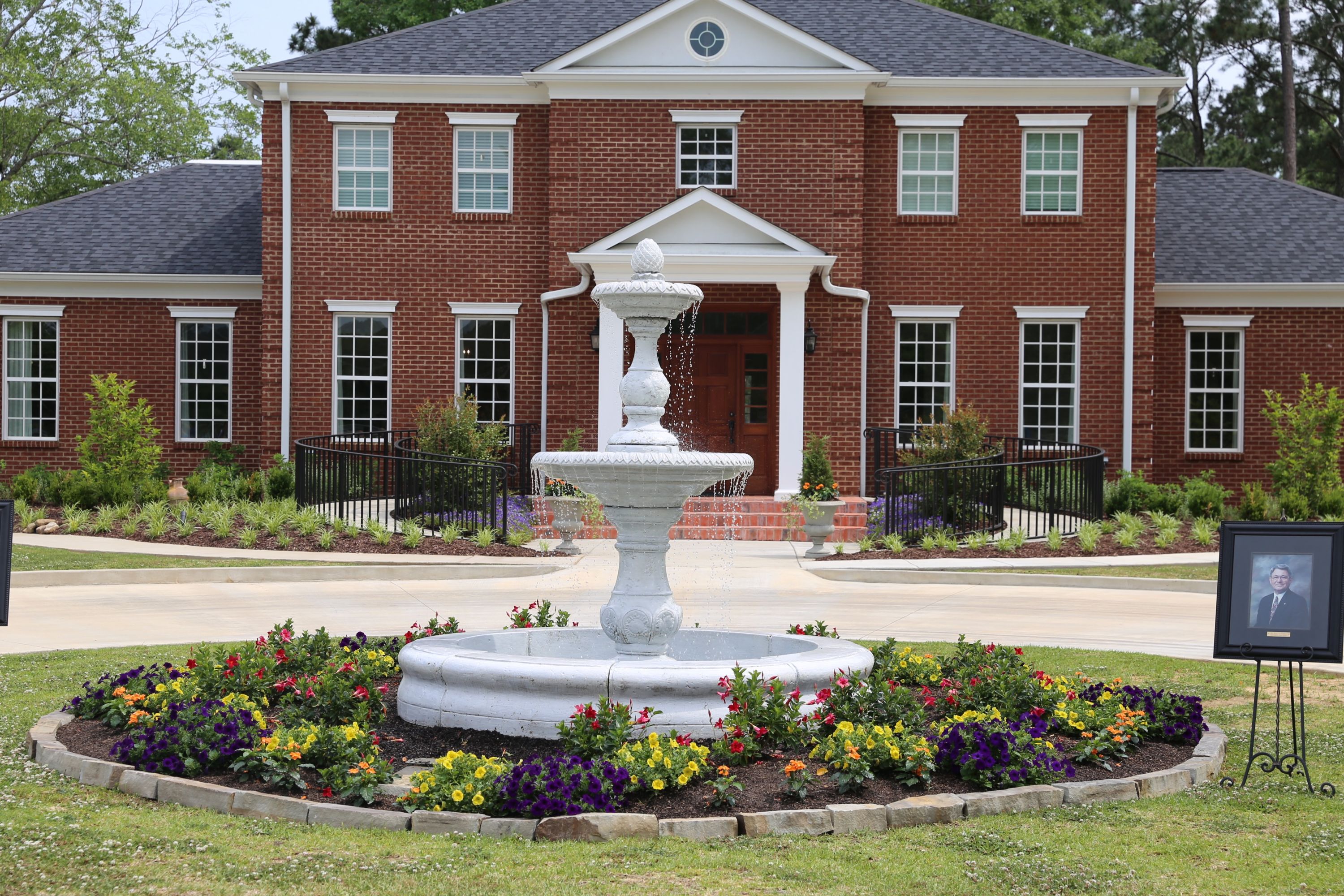 Co-Lin recently held a dedication ceremony for the new fountain located in front of the college president’s home. The Legacy Fountain was dedicated in honor of all former Co-Lin presidents and their families that have occupied the president’s home on the college’s Wesson Campus.

“When thinking about our rich history at Copiah-Lincoln Community College, you can’t help but think of the incredible presidents that led the way,” Co-Lin’s eighth president Dr. Jane Hulon Sims remarked during the dedication ceremony. “Their legacy of excellent leadership helped shape who Copiah-Lincoln is today.”

Portraits of the seven presidents who came before Dr. Hulon Sims were displayed on easels around the fountain. Present for the ceremony were Dr. Ronnie Nettles (president 2008-2018) and wife Rosie, Dr. Howell Garner (president 1997-2008) and wife Candace, Dr. Billy B. Thames (president 1968-1997) with wife Martha, and daughters Rachel Thames Peeples and Rebecca Thames Wilson and their spouses, and Margaret Ewing Thomas, daughter of late president Dr. James Ewing (president 1932-1956). 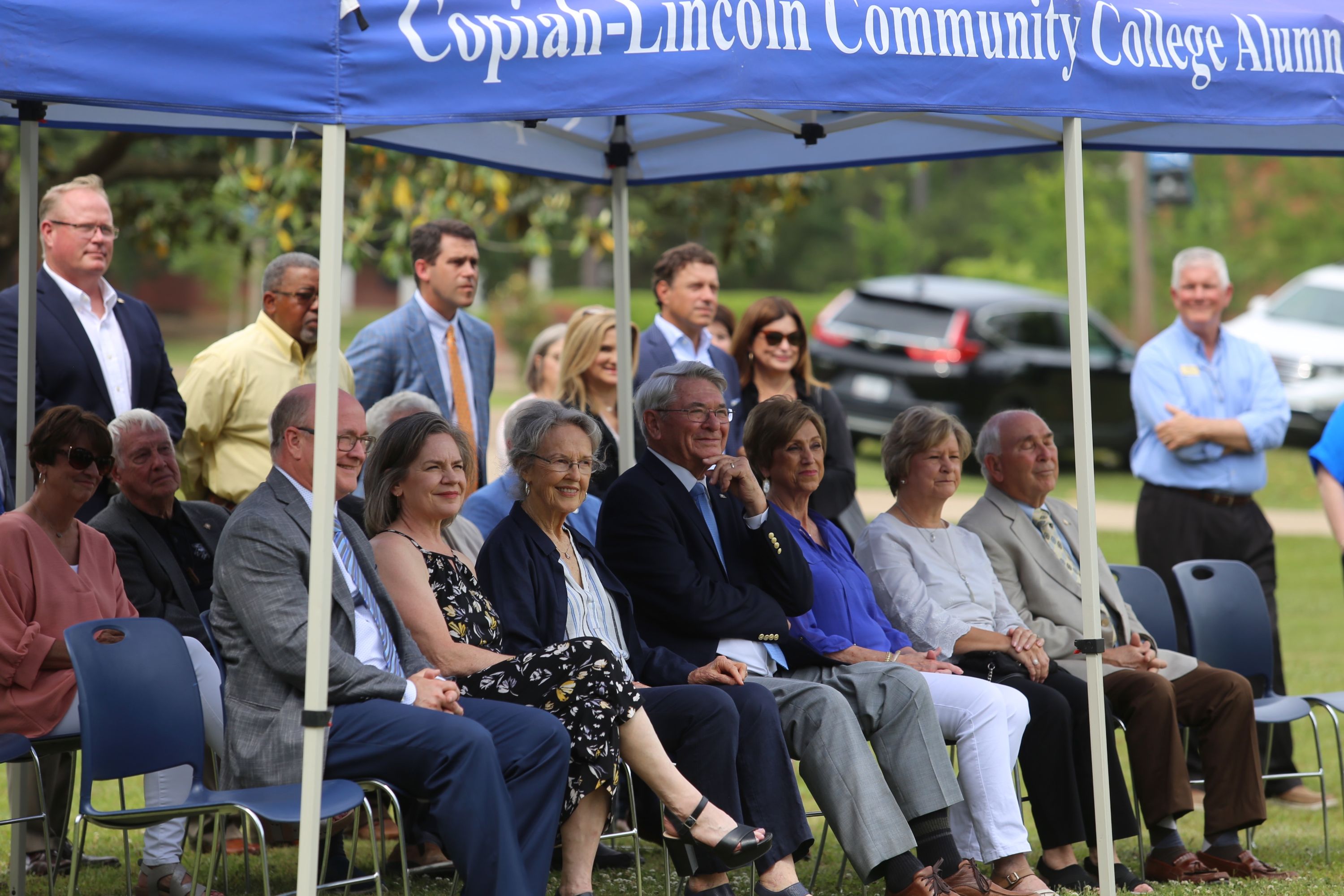 “You’ve heard many people over the years talk about what a special place Co-Lin is, but none more so than the families who have been raised right here on this campus,” said Co-Lin Foundation Executive Director Angela Furr. “The Legacy Fountain is our way of honoring those who have lived in the president’s home in the past in a tangible way at the beautiful new president’s home.”

The Legacy Fountain was funded by the Co-Lin Foundation. A reception was held at the president’s home following the dedication ceremony.