The Co-Lin Foundation Board of Directors recently elected two new members to serve on the board, Jessica Bueto Breazeale of Wesson and Brad Jones of McCall Creek. 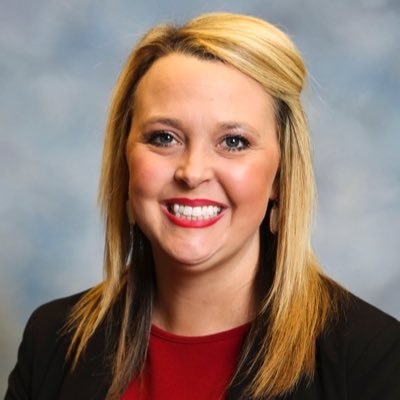 Breazeale is a 2003 graduate of Co-Lin, where she was captain of the Colettes, Miss Co-Lin, vice president of publicity for Phi Theta Kappa, a member of the concert choir, Sojourner show choir, SGA, Trailblazers, and was a Diamond Doll. She holds bachelor’s and master’s degrees in public relations from the University of Southern Mississippi.

Breazeale has been a public relations practitioner for 15 years, and began her career working in entertainment on the Disney Cruise Line. She currently serves as the public affairs manager at Georgia-Pacific in Monticello. She also has her own public relations consulting business which provides services to clients all over the United States.

Breazeale has recently become Accredited in Public Relations (APR) and has won numerous public relations awards. She serves on the Lawrence County Chamber of Commerce Board and on the Co-Lin Band & Colette Alumni Chapter Board. She is a member of PRAM Pine Belt and Lincoln County Rotary. Breazeale has been married to her husband Ricky for 11 years and they have one son, Walker. They are members of CenterPoint Church where her husband is the pastor.

Jones began his career as a member of the MeGehee, MeGehee & Torrey law firm where he practiced general law with an emphasis in real estate, commercial, corporate, and telecommunications law. In 2005, he became a Youth Court Referee and Family Special Master for Franklin County and still serves in this role today. Jones also became president of Bank of Franklin in 2005 and was named Chief Executive Officer of the bank in 2010. He is presently serving in both of these roles.

The Co-Lin Foundation is a 501(c)(3) nonprofit organization and serves as the fundraising arm of the college. The Foundation is governed by a 23-member Board of Directors and works to support the students, faculty, staff, and programs at Co-Lin.