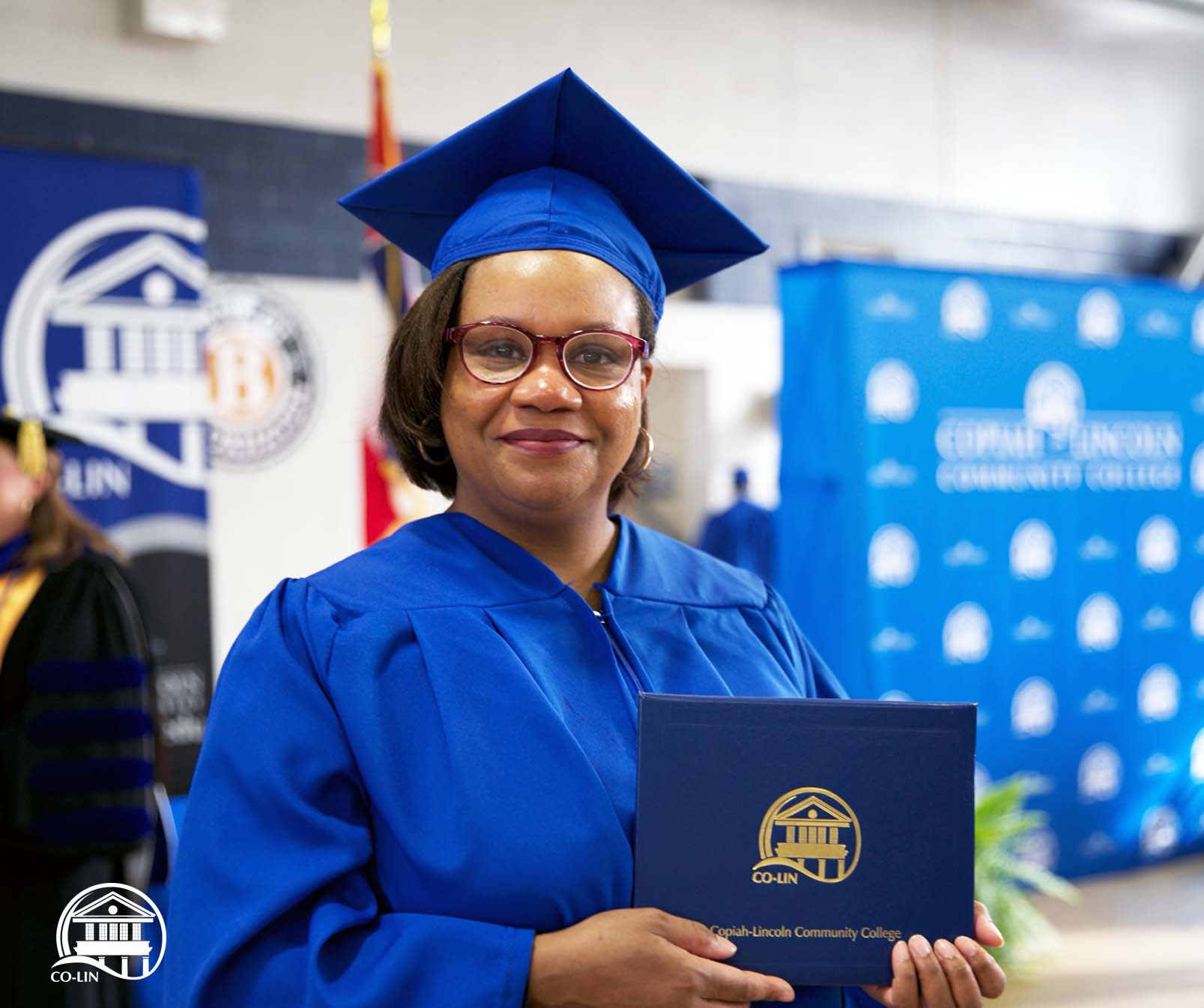 Roughly 30 years ago, Yulonda began her college career at the University of Southern Mississippi but unforeseen circumstances kept her from finishing her degree. Then, in the Fall of 2018, Yulonda received a call from Co-Lin’s C2C Coach Ayannah letting her know that with her transferred credits from USM she was only 8 hours away from completing her degree at Co-Lin. Yulonda immediately enrolled in online classes at Co-Lin. She even received a $500 C2C scholarship both semesters to help lift the financial burden.

“C2C was a lifesaver because without a degree my job options were very limited," said Byrd. "I enjoyed being at Co-Lin because it was so convenient and less expensive than a university.”

Yulonda graduated with honors from Co-Lin in December and is now in her final semester at USM!